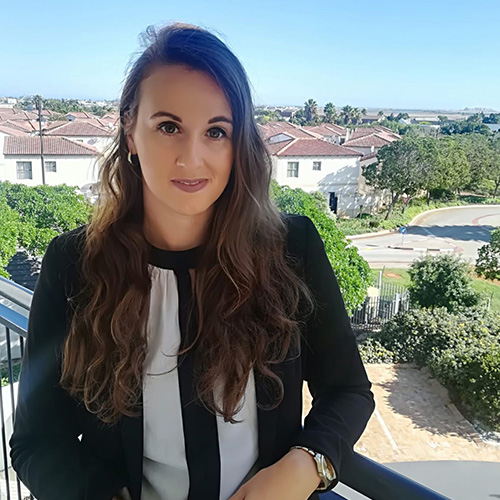 Originally from Germany, Larissa came to South Africa for the first time in 2010. Even though, Larissa never intended to stay in South Africa, she came back for different occasions and then followed her instinct and desires to move permanently to South Africa in 2016.

Two years later, a dream came true and Larissa became a permanent resident of South Africa, whereupon she could pursue her career and join Black Pen Recruitment in 2019.She loves being part of and contributing to the journey of foreigners who walk a similar journey to her.

Let's get in touch

Give us a call or drop by anytime, we endeavour to answer all enquiries within 24 hours on business days.

We use cookies to ensure that we give you the best experience on our website. If you continue to use this site we will assume that you are happy with it.OkPrivacy policy